First time ever in O scale! A Sterns and Wards Coupler! And some other updates ...

One of the 3D printing projects I've been working on was a Sterns and Wards coupler. This type of coupler was used on the Cincinnati Car Company CRT / CTA 4000 series cars. I just got the prints, in both FUD and brass back from Shapeways and both prints were a success! 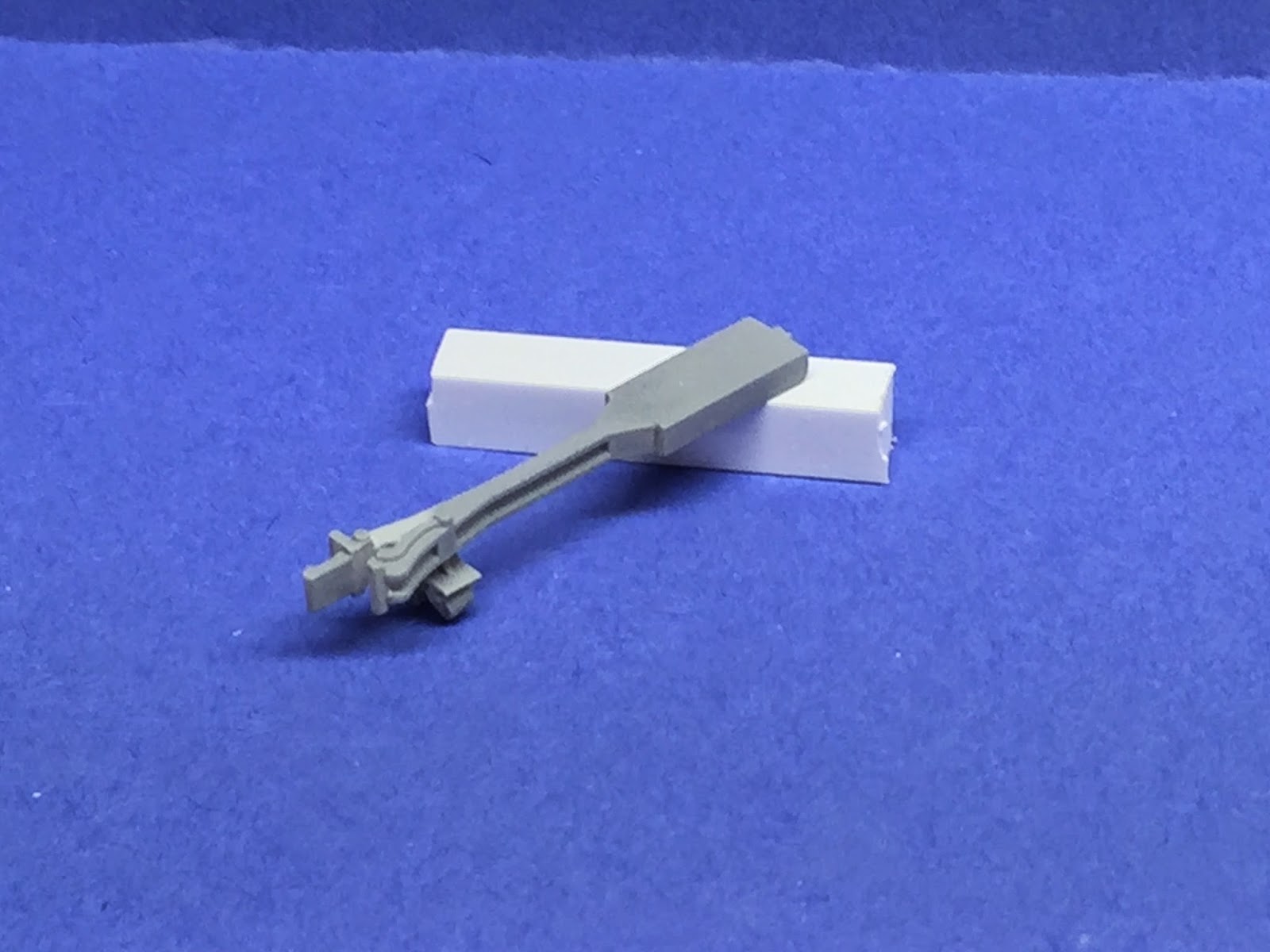 Pardon the blurriness of these photos. These parts are small, and some photos were taken with my phone.

The plastic version is detailed to scale, with appropriate MU connectors underneath the coupler head. 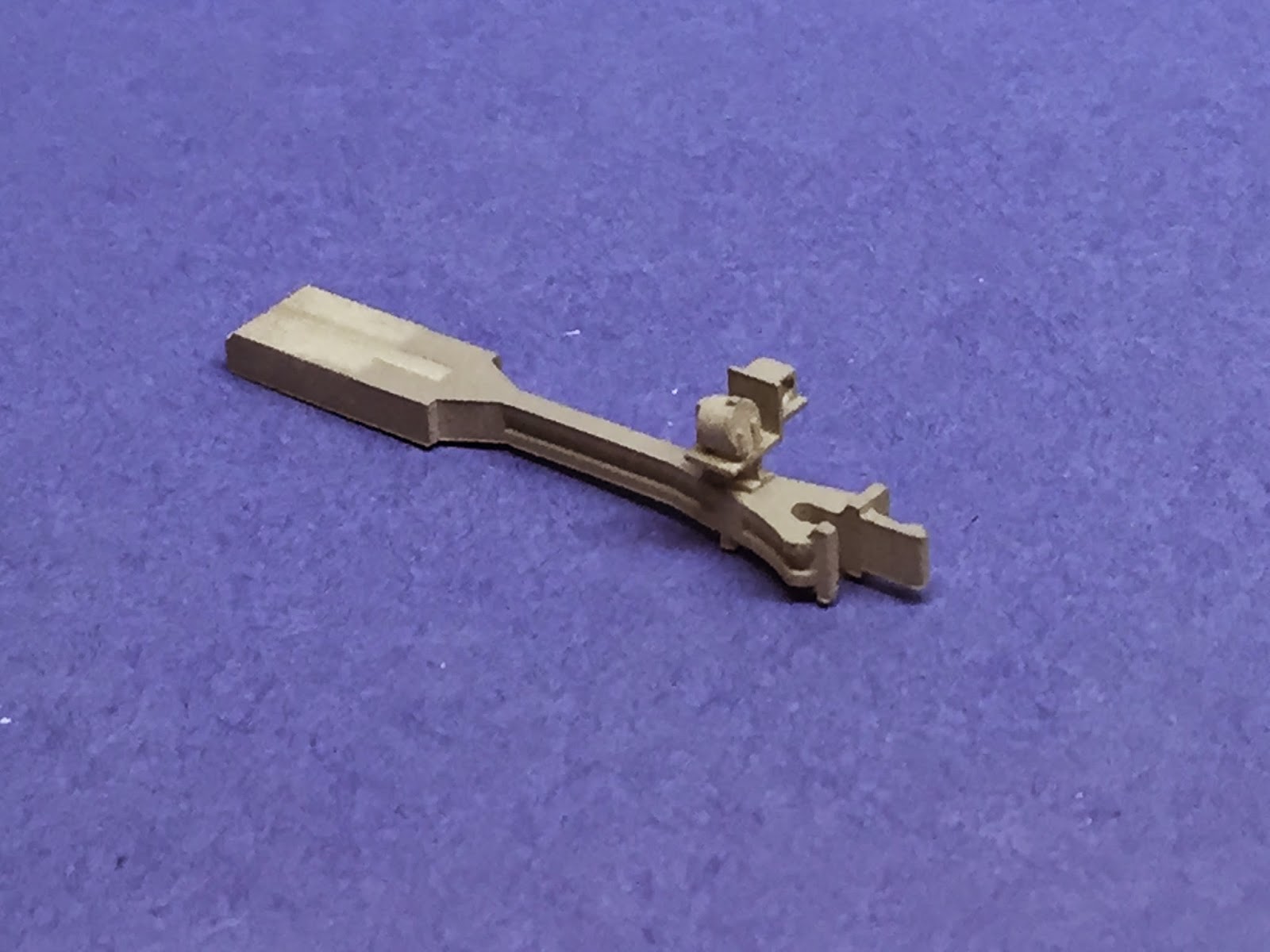 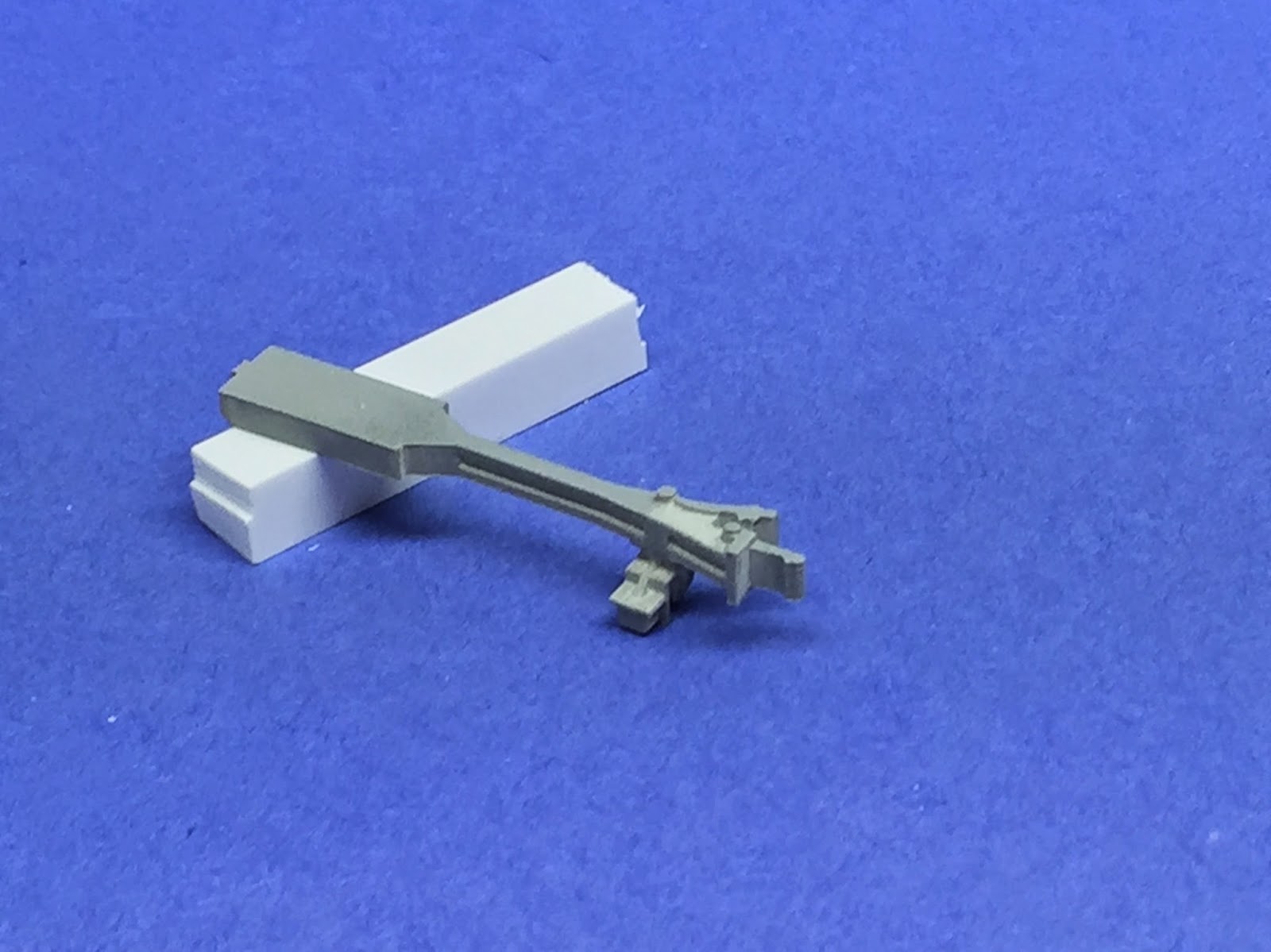 A grove is centered on the underside so the mounting hole can be drilled for mounting, giving the modeler the choice on how to mount.

The FUD versions, while non-functional, do actually slot together. 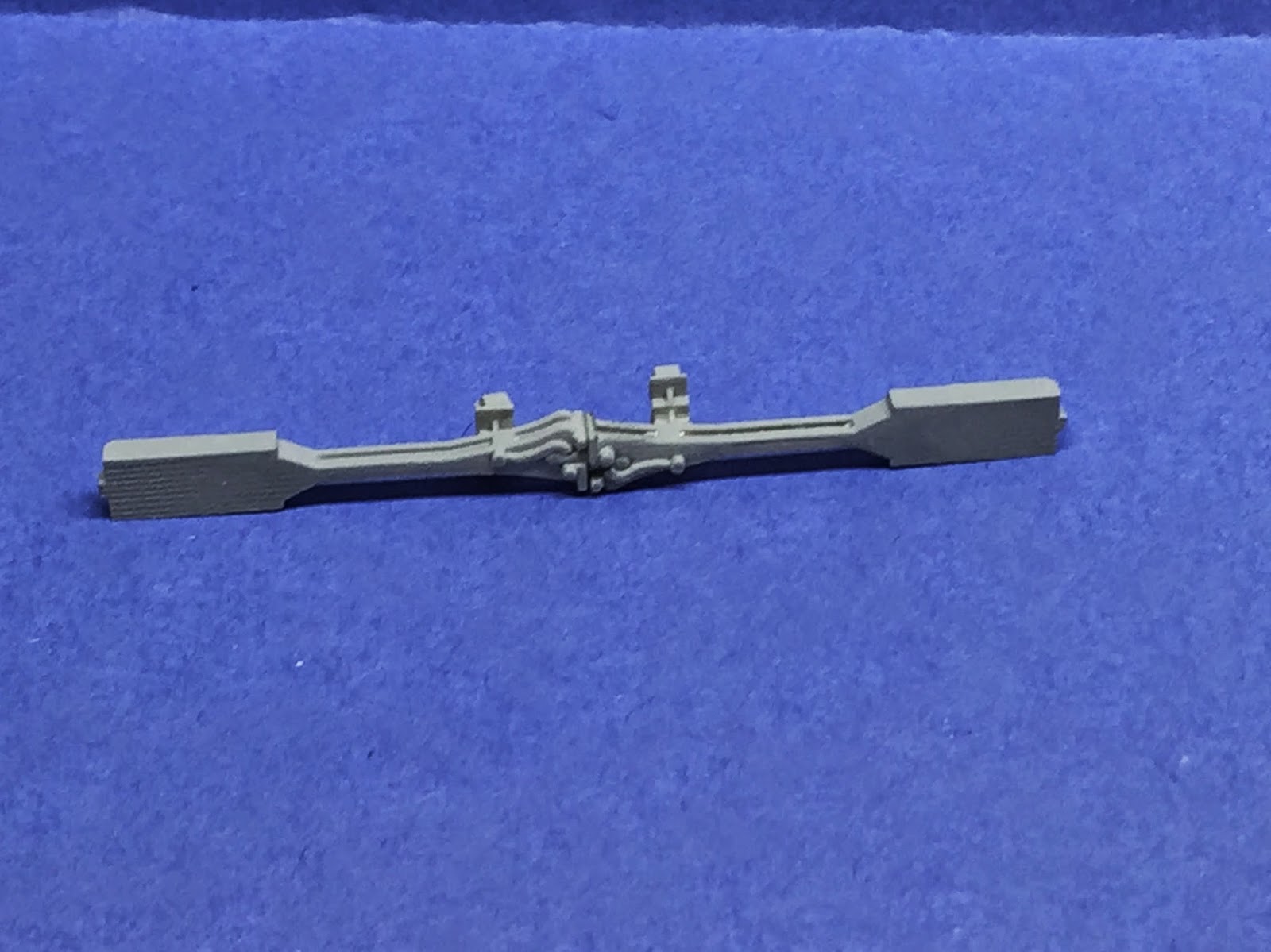 The couplers are "sprued" together along with extra MU couplers and roof vents for the 4000 series Baldies to keep the costs as low as possible.

I also printed a set in brass. These were connected together to keep the sett-up costs low. Due the the lower resolution offered with brass, no MU connectors could be added. These can be added as they are printable in FUD. 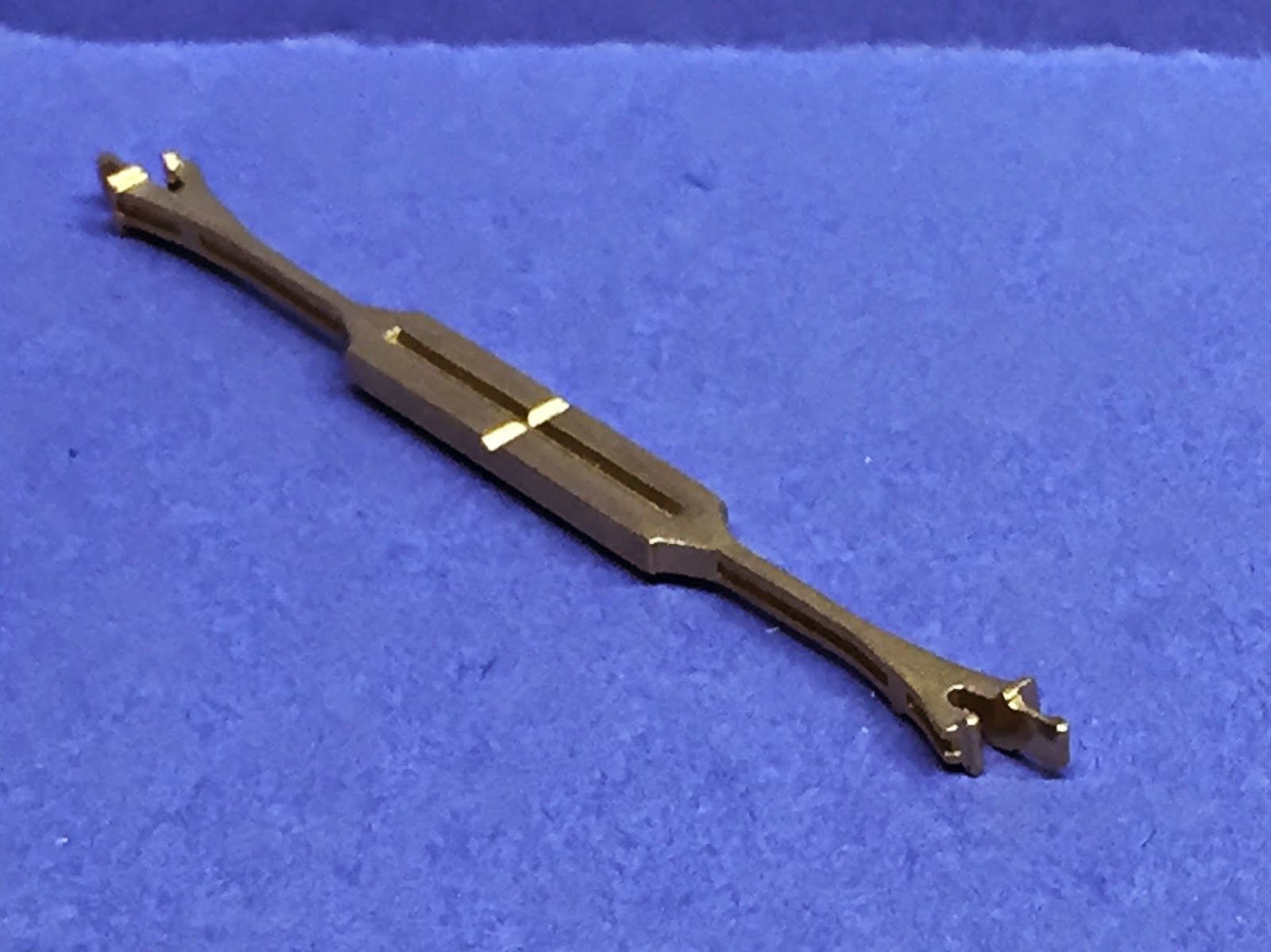 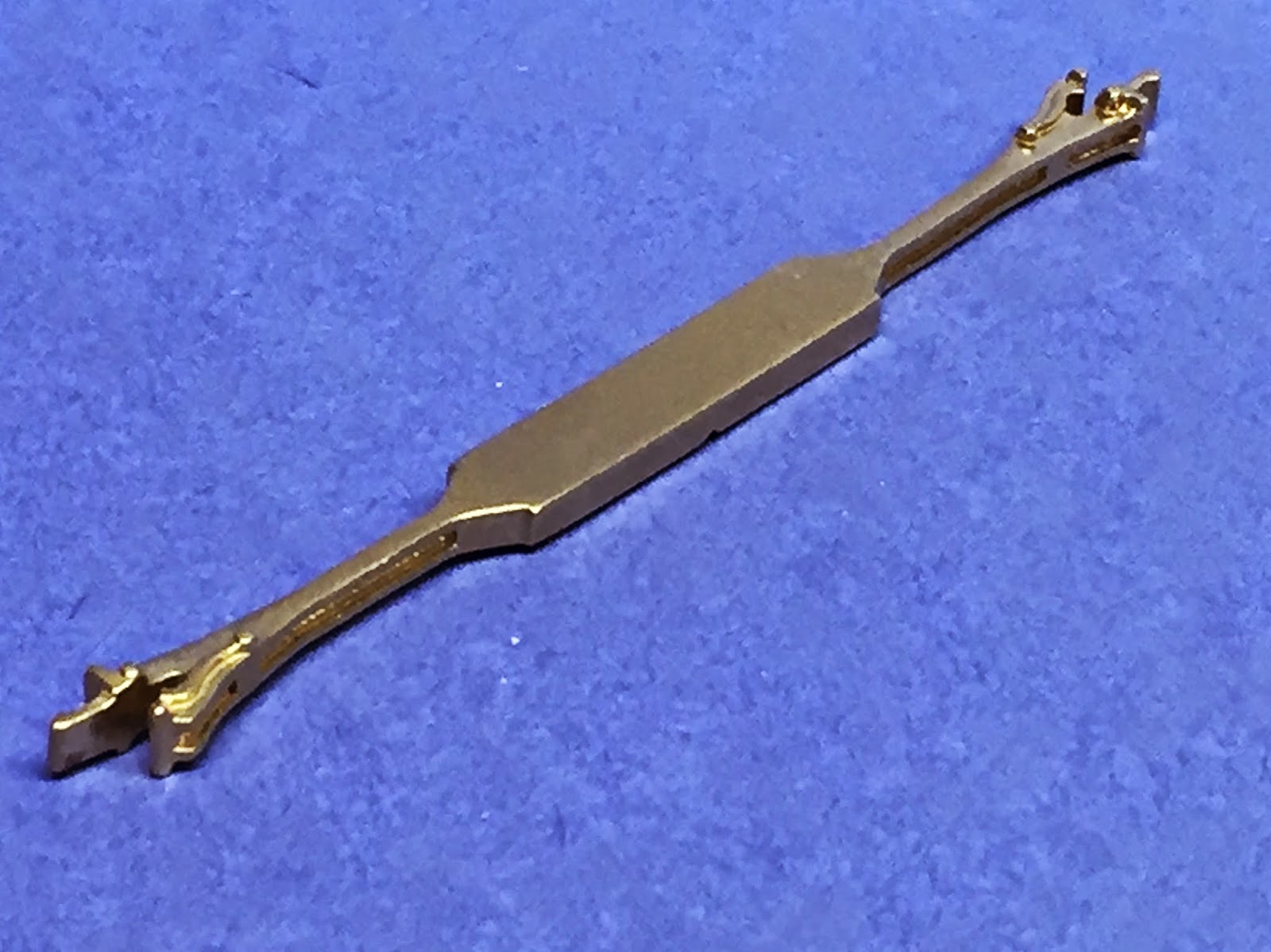 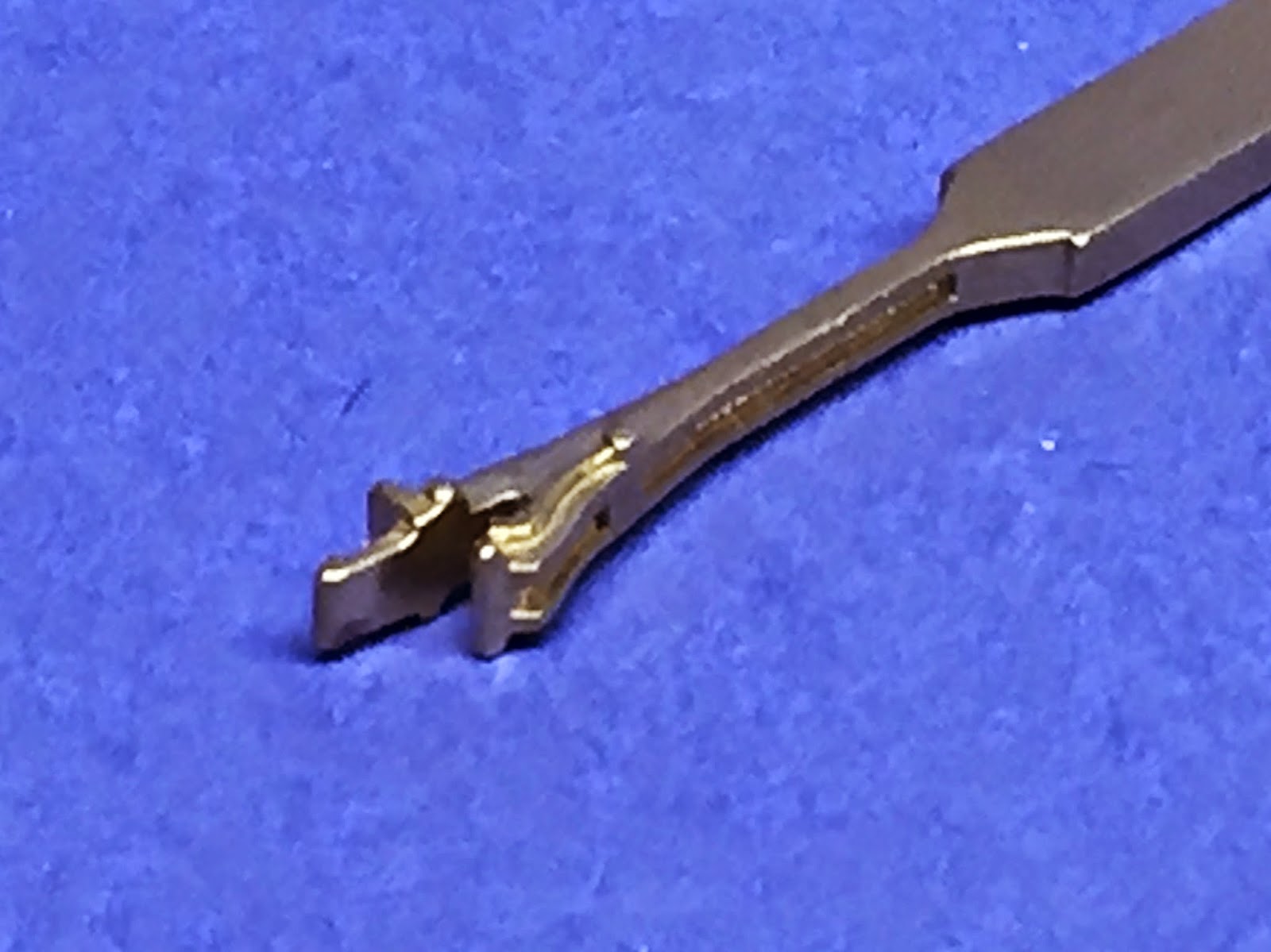 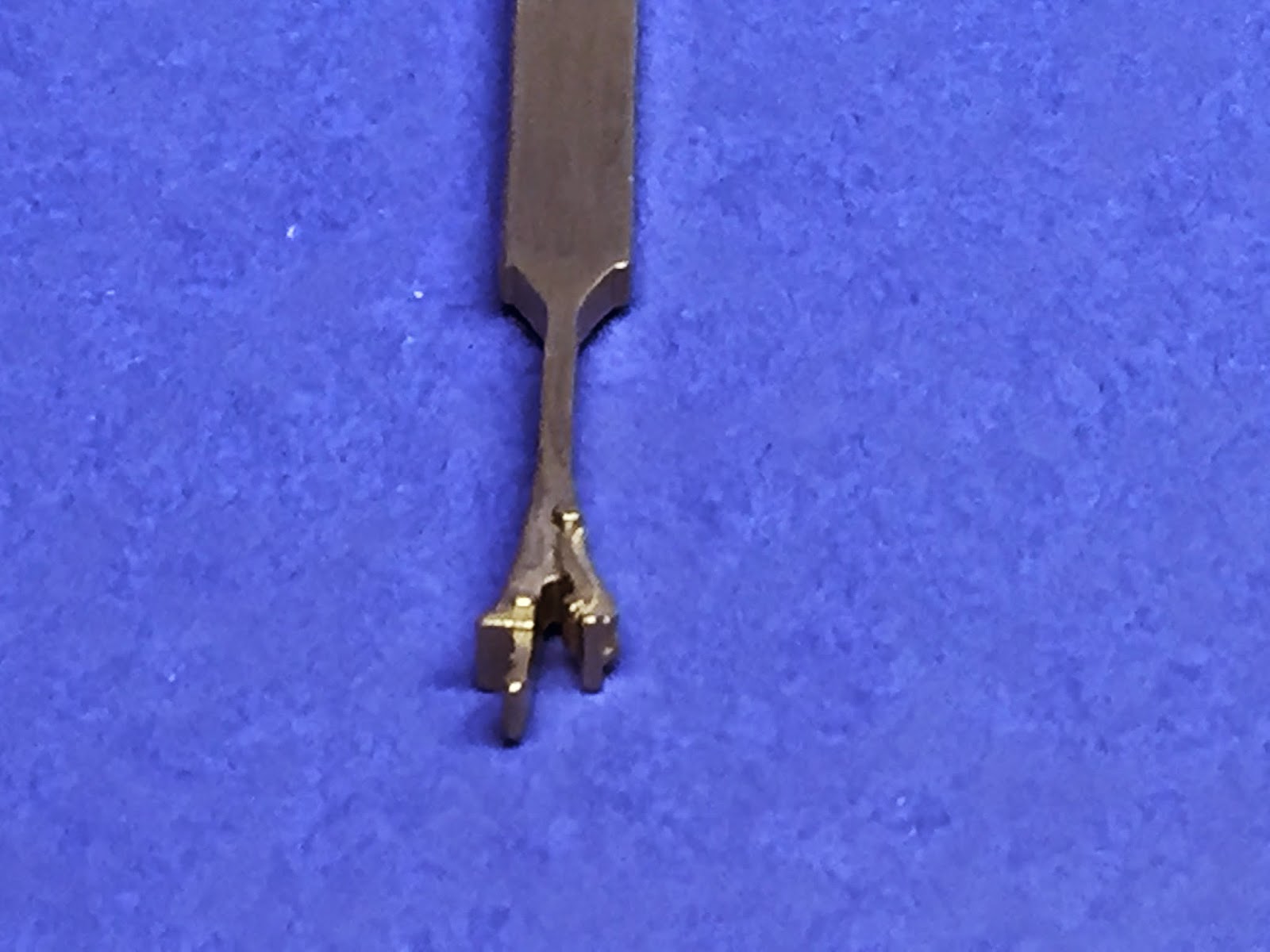 A view on the car: 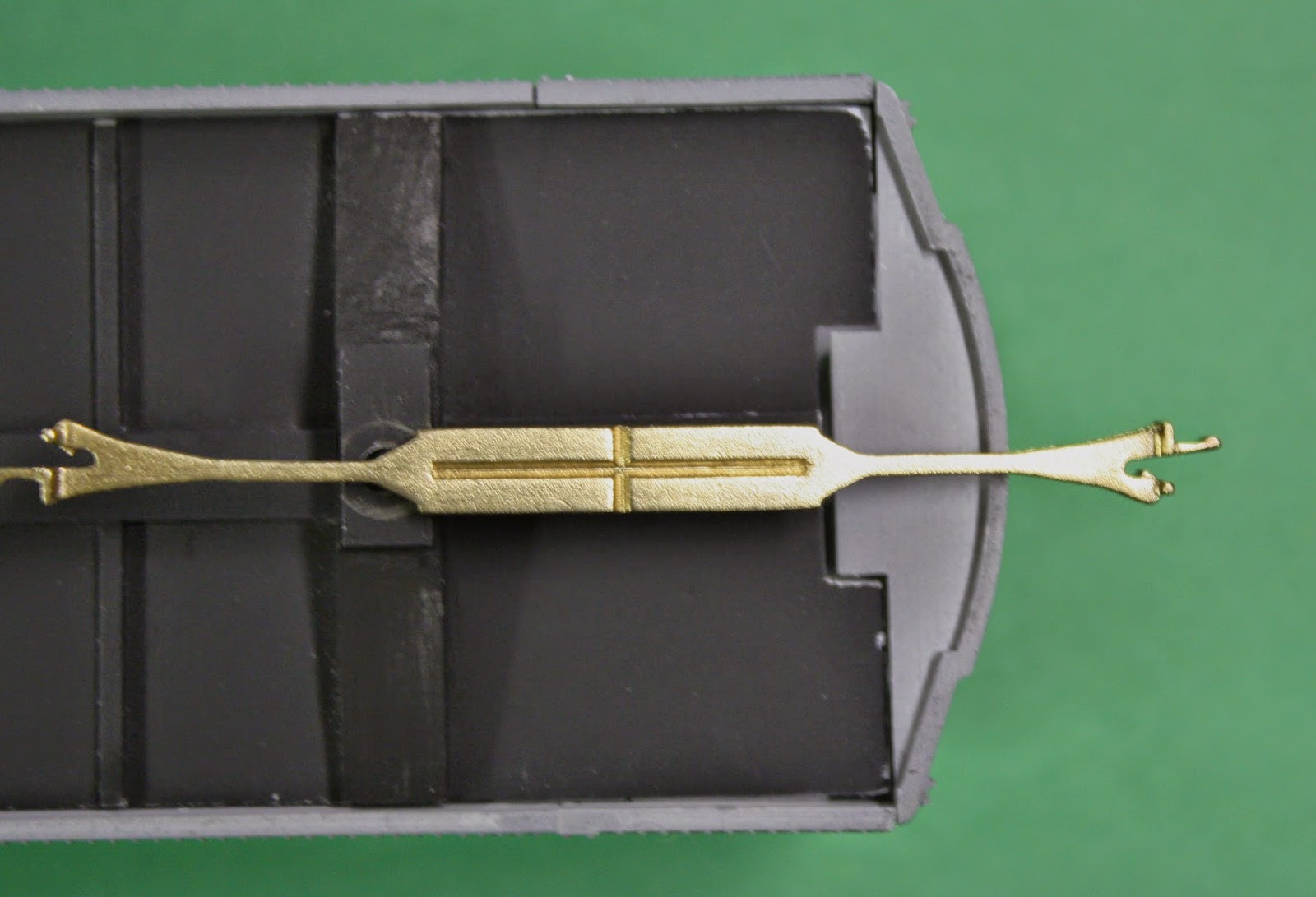 A grove has also been left on the conjoined brass version to act as a guide for sawing the two apart.

The brass version was more of an experiment as the cost is prohibitive for actual use.

In other 3D printing news. I also got the curved roof vents for the Baldies back. These are shown sitting on the roof (not glued yet): 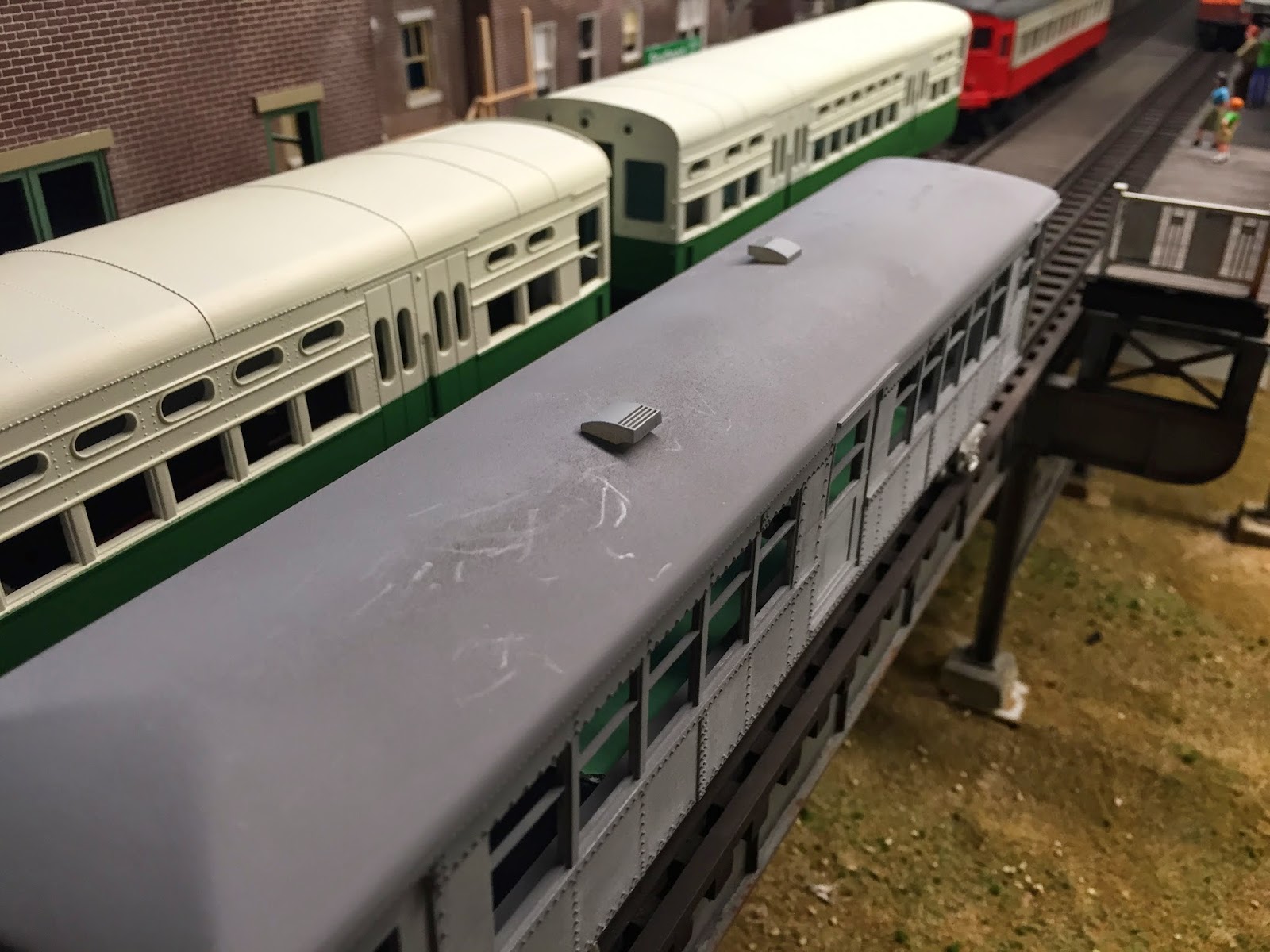 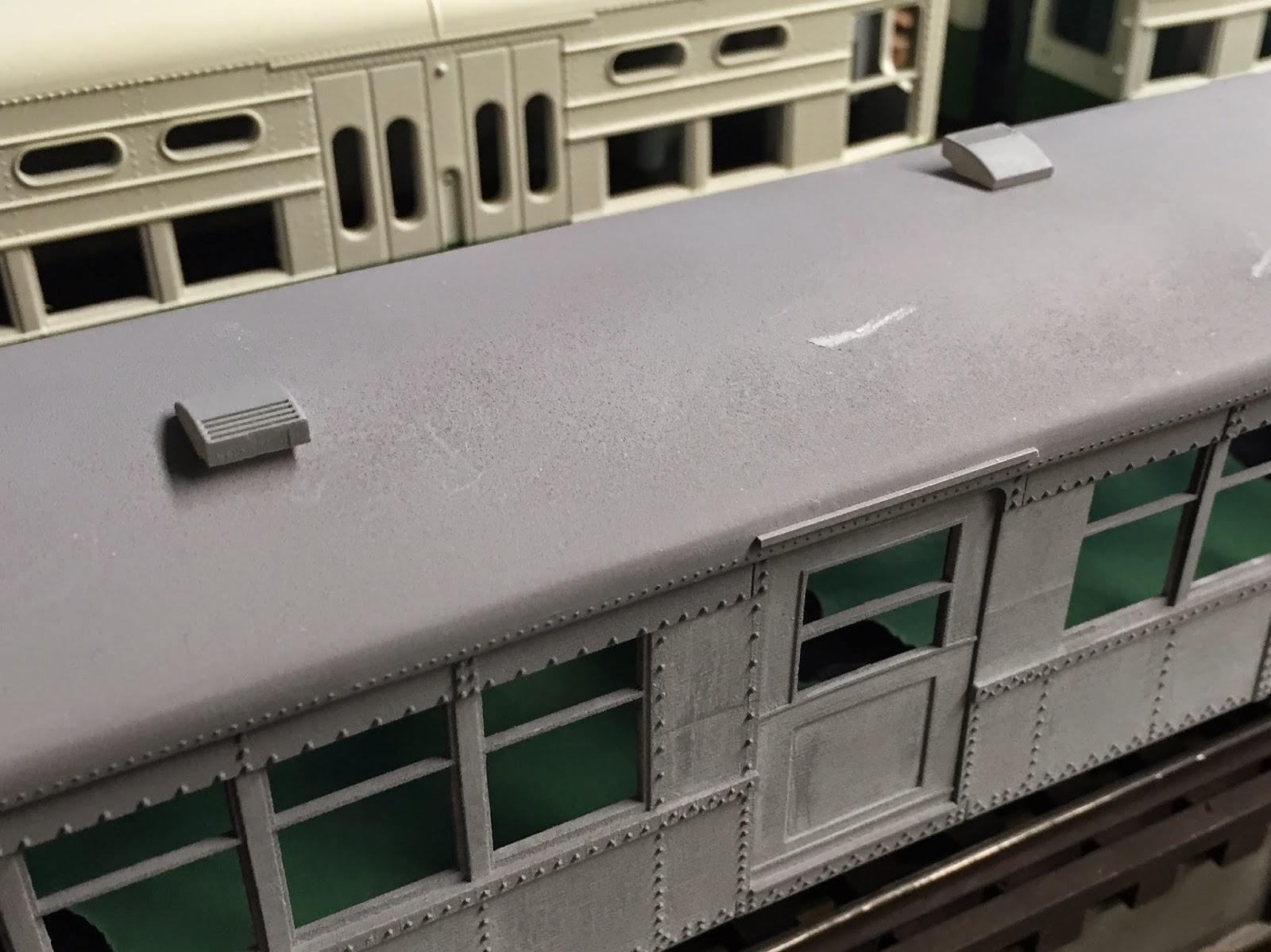 I have also finished the facade of the one story commercial building that will go next to the Sheridan curve: 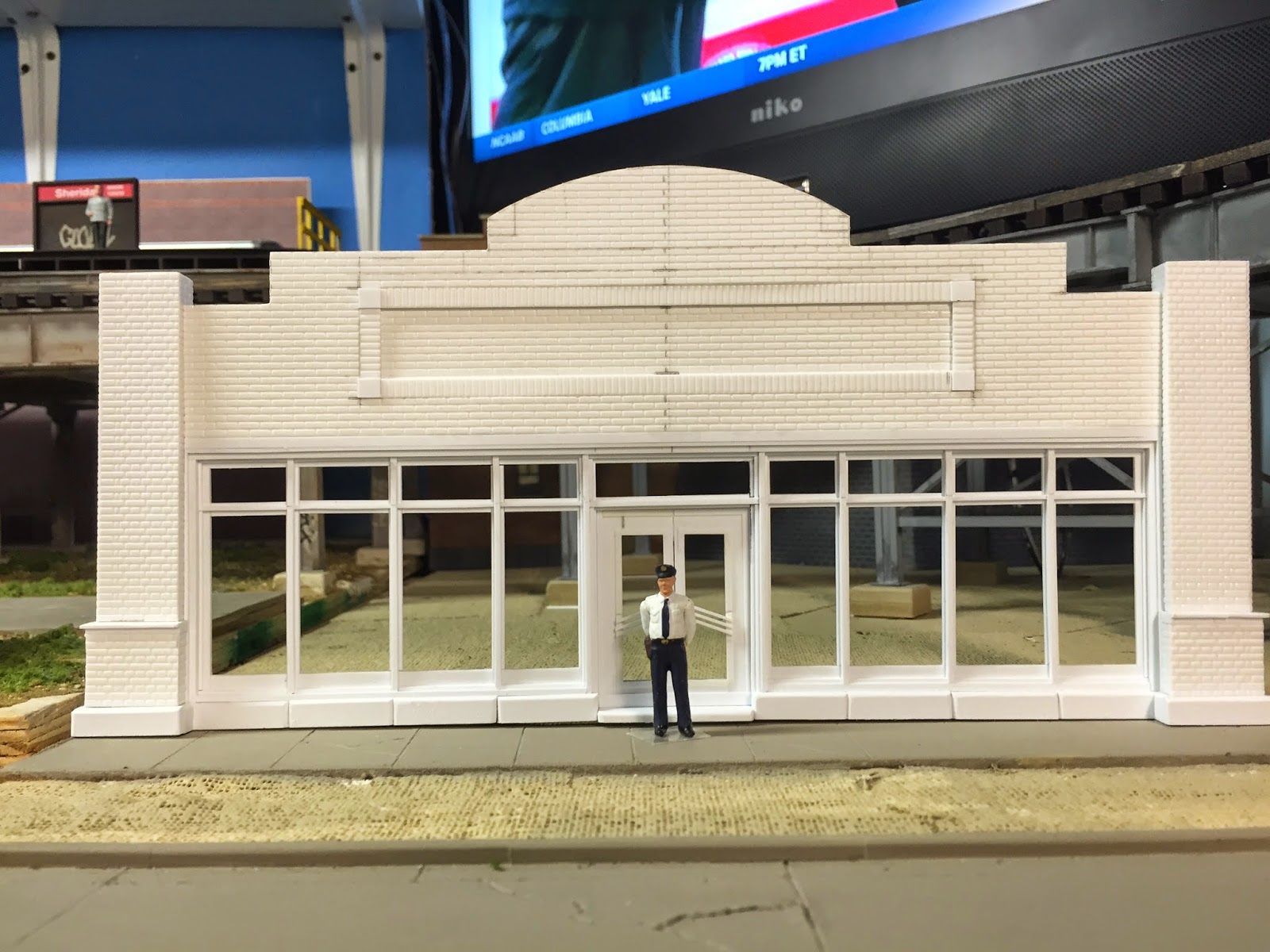 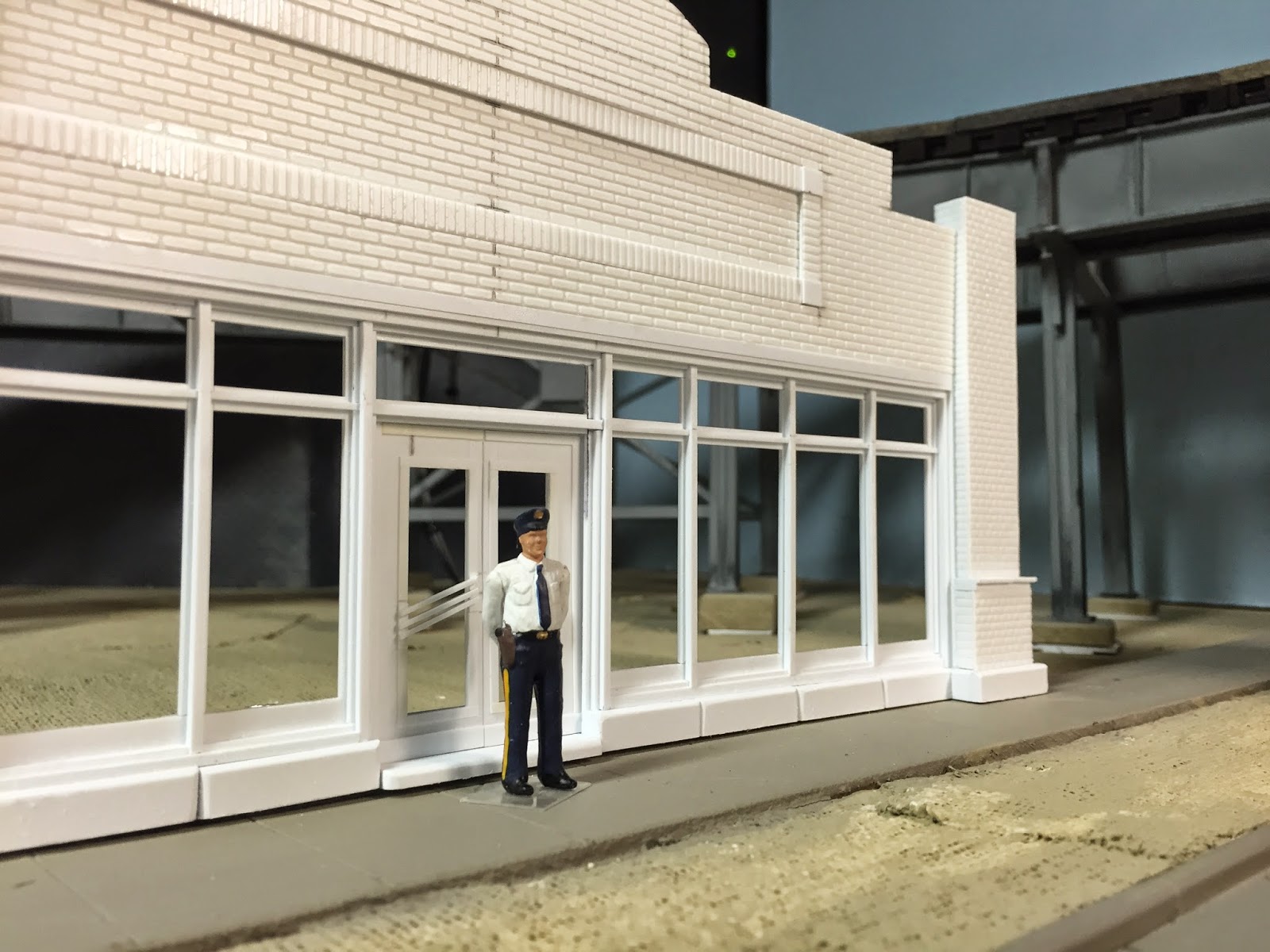 I have run out of brick sheeting, so finishing this building will have to wait until I can order more.

I have also finally finished the girders on the L structure extension. The new section is just propped into place, I am currently working on the columns. 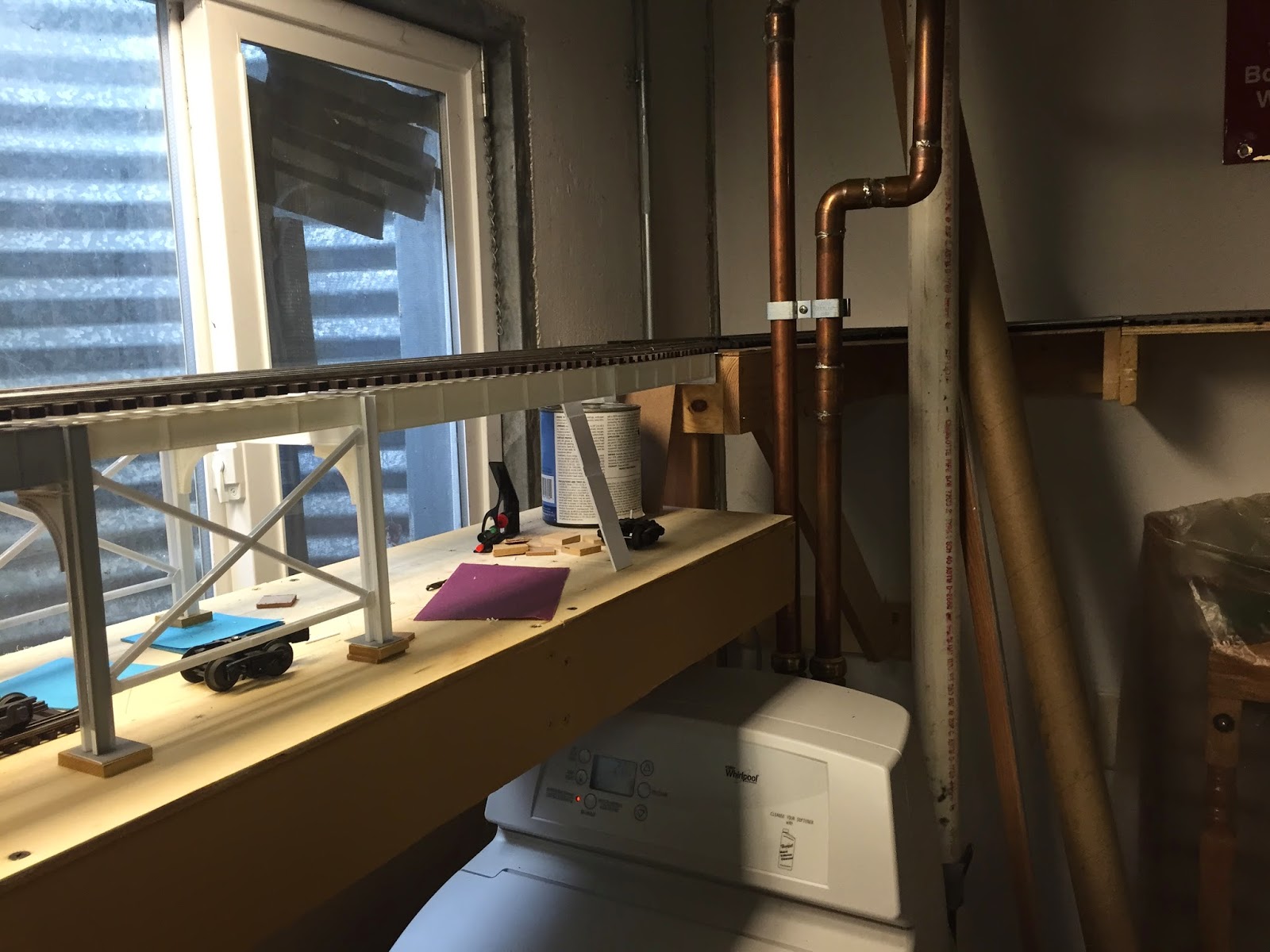 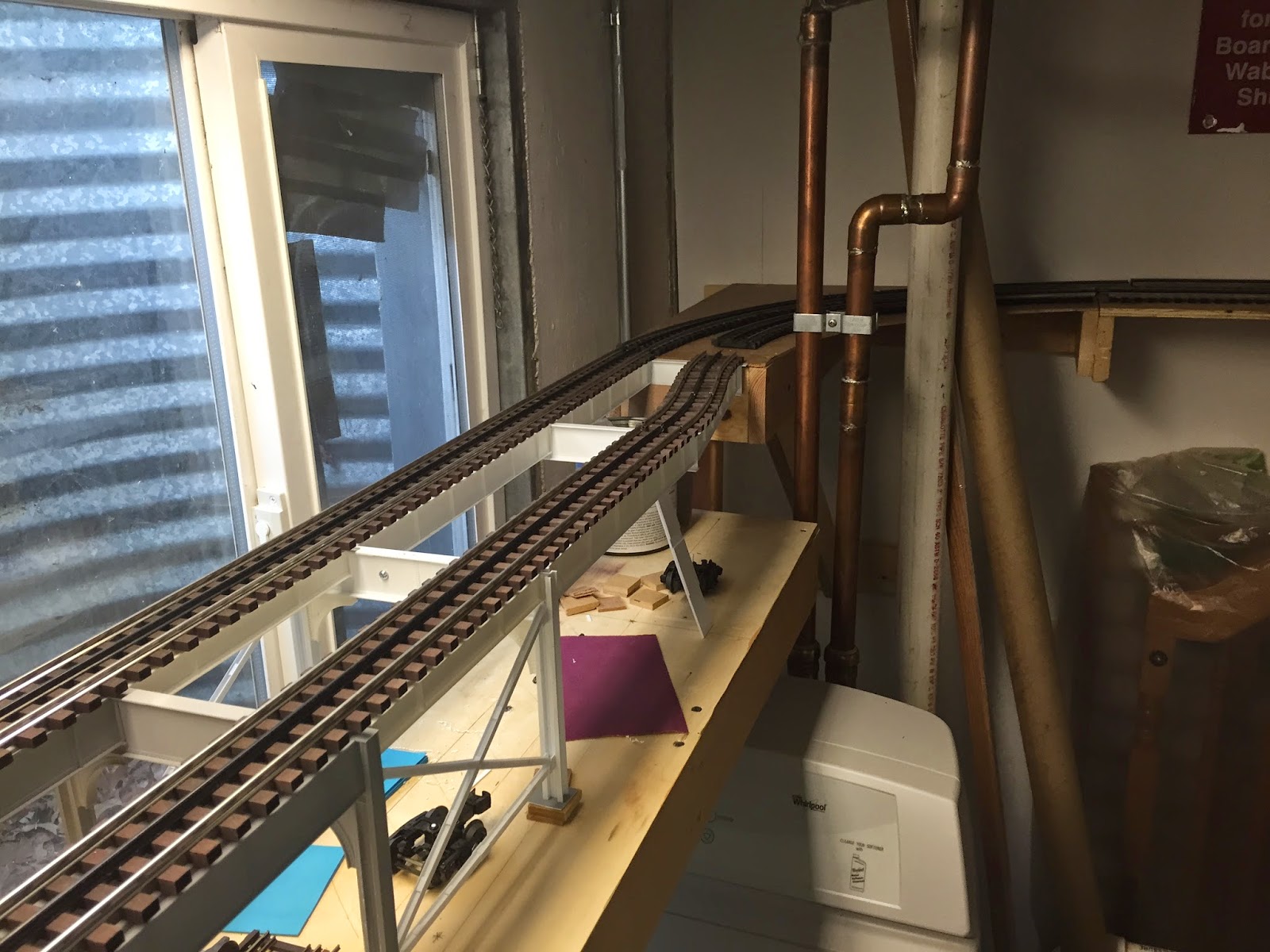 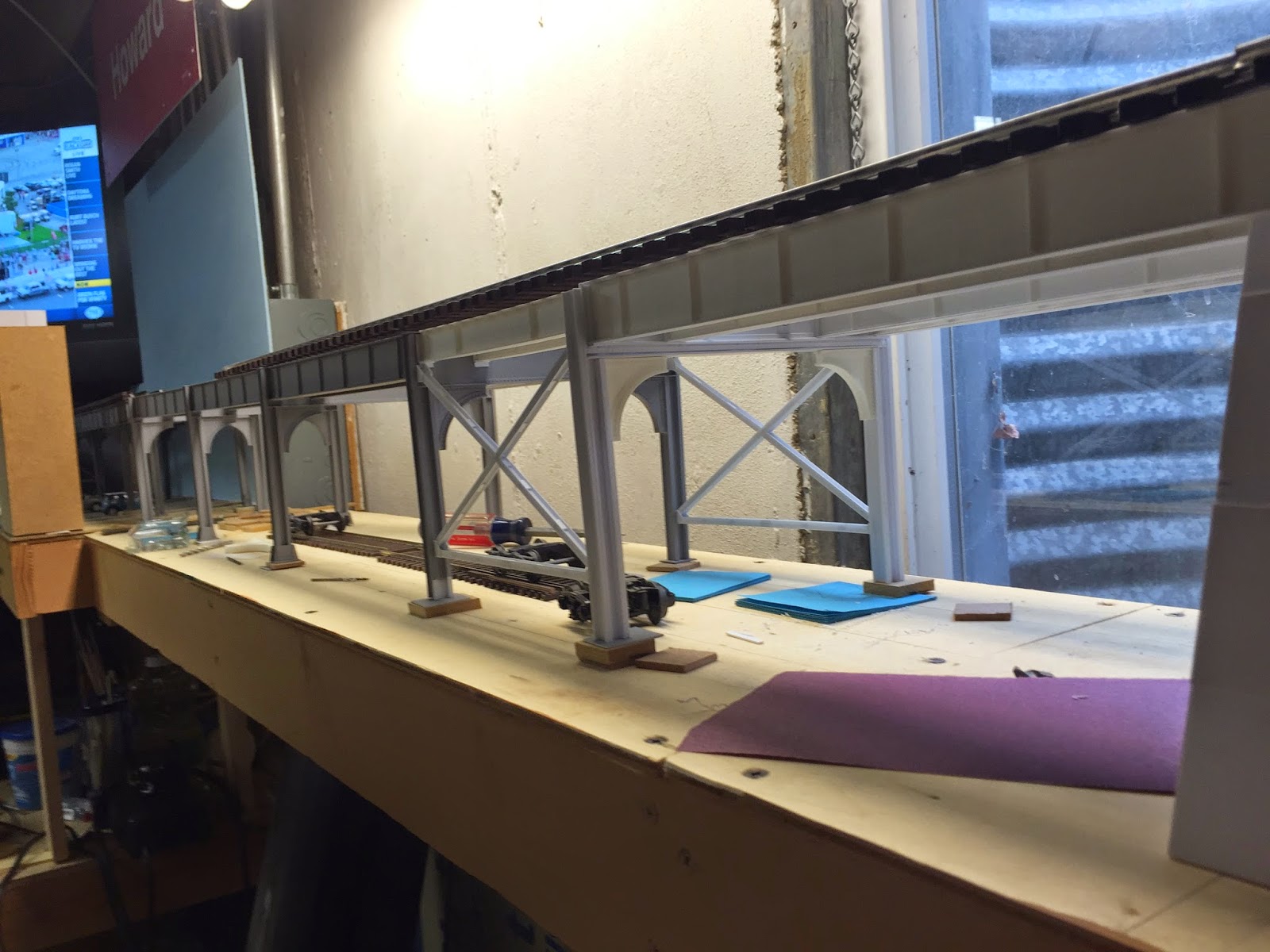 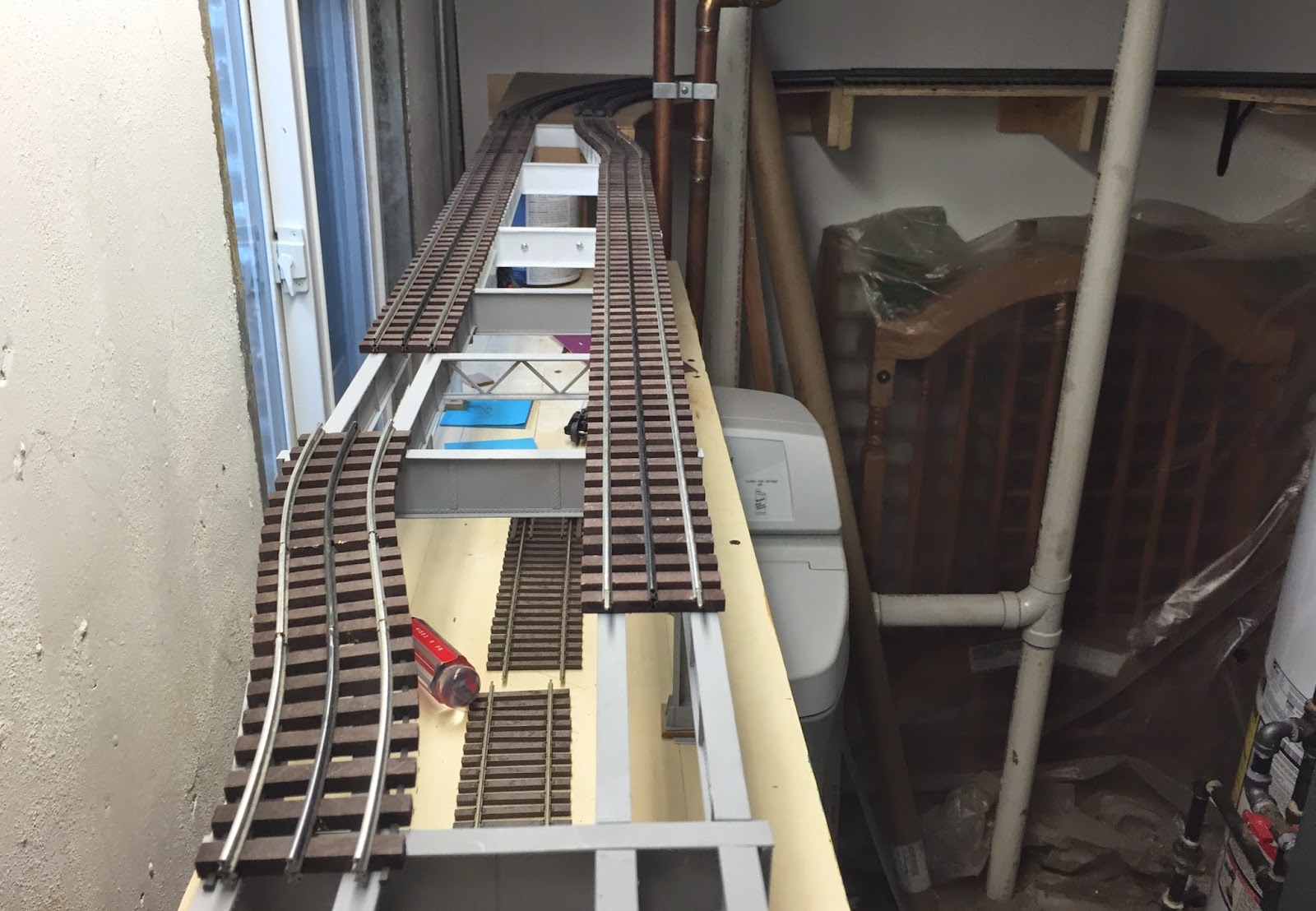 The columns are attached last as the height is determined by measuring from the bench work to the bottom of the girders.The cast resin corner braces (cast from a 3D printed master) are added last.