Why nothing ever seems to get done ... or maybe project management issues? Part two ... 3D Projects

The following is a review of some of the 3D printing projects that I am currently working on.

If you haven't been following, please read Ed Halstead's Modeling Insull's Empire in O Scale as Ed has been building the Cincinnati Car Company 4000 series O scale car. Ed is a true master craftsman and definitely knows how to make a fantastic model!

But, in watching Ed's progress, and with my experiences with Shapeways, I've begun to rethink how the car is actually assembled. I've has some issues with Shapeways' parts warping, so I've been working on a redesign of the interior of the car that hopefully will minimize this warping and ease in assembly.

I've tried to make a "tab and slot" method of construction that adds additional gluing surface while adding features that hopefully can minimize warping.

The following picture illustrates on how this would work. Each printed part is a different color, and the parts now have tabs and slots to better key the parts together.

In addition to these added construction aids, I've also begun the design of interior bulkheads and bowling alley seats. Hopefully the bulkheads will have the benefit of also adding strength to the model.

Space has been left in both the bulkheads and seats to allow for the necessary brass square stock to be added to the model to aid in stiffening the shell.

In addition to the seats and bulkheads, roof vents are also being printed.

I have also finished most of the variations that a Baldie could ever come in. Again, the model will have a "mix and match" philosophy where the modeler can obtain whatever odd-ball variation desired just by picking the desired parts to be printed. So, as per the below, both ends with safety glass and traffic light style route markers:

Plus safety glass side doors:

For the first time ever in O Scale, a S&W couple will be offered! The design is currently at Shapeways and is being printed in both brass and Frosted Ultra Detail plastic.

However, the coupler will not be functional, but they "should" slot together.

Brass is more of an experiment at this point as the cost for a pair is rather substantial.

I haven't begun these drawings yet, but since the plans for the Plushie is very similar to the Baldie, this hopefully will be a easy project. One challenge will be that the side (less end doors) will be printed in one piece. I have printed objects this large at Shapeways so hopefully all will work out.

Work continues slowly on Met car 2800. The initial plans for the ends are complete, the sides will be next. 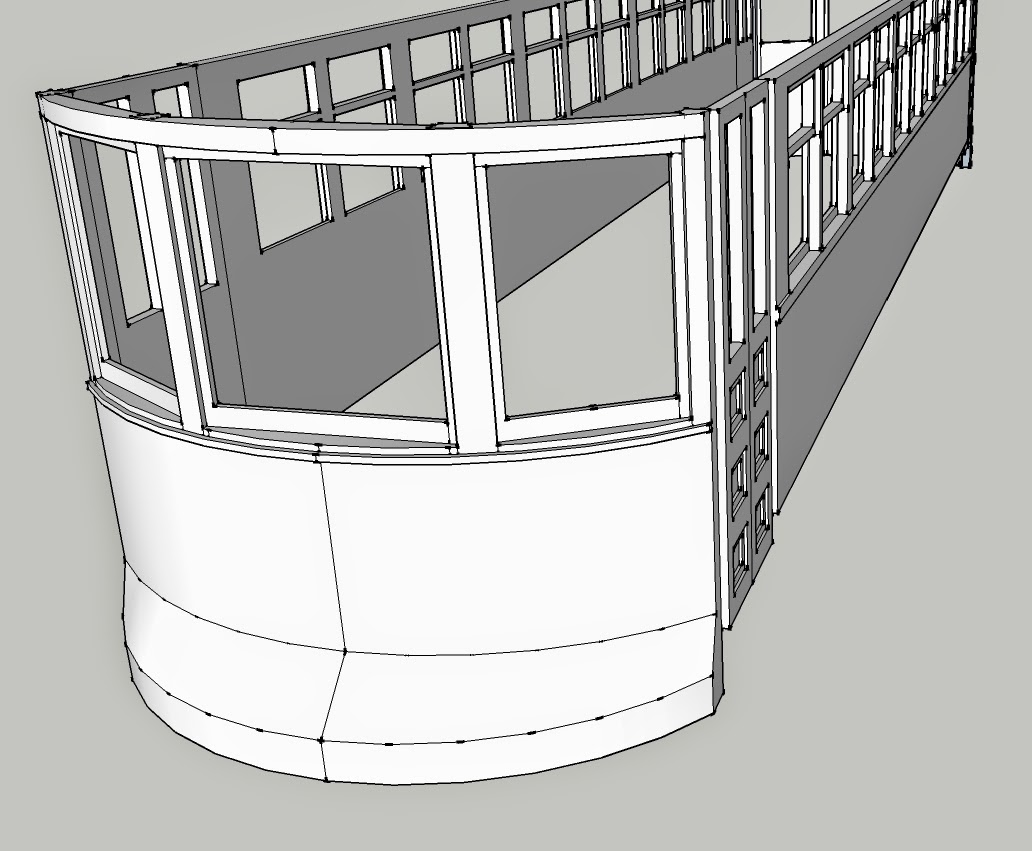 This was done more of a training exercise to see if I could figure out the compound curves found on the front of a CSL streetcar. I wound up being easier to model that I thought.

6) Other rapid transit cars "in the queue"

I hope to start initial drawings on the following cars (I have drawings so these are at the top of the list):

Model Railroader published a set of plans for this type of electric locomotive so this is a definite candidate. Also, the size of the locomotive makes it very attractive for 3D modeling.

The prototype prints for the Met structure were received. Some modifications still need to be made, and once completed, I will order another set. 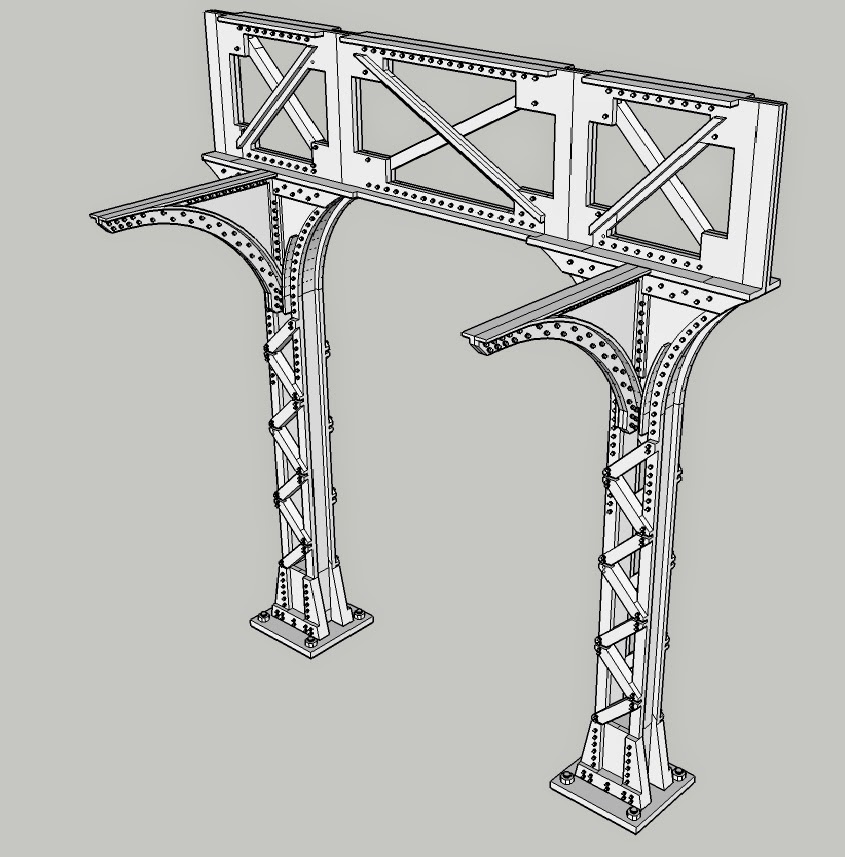 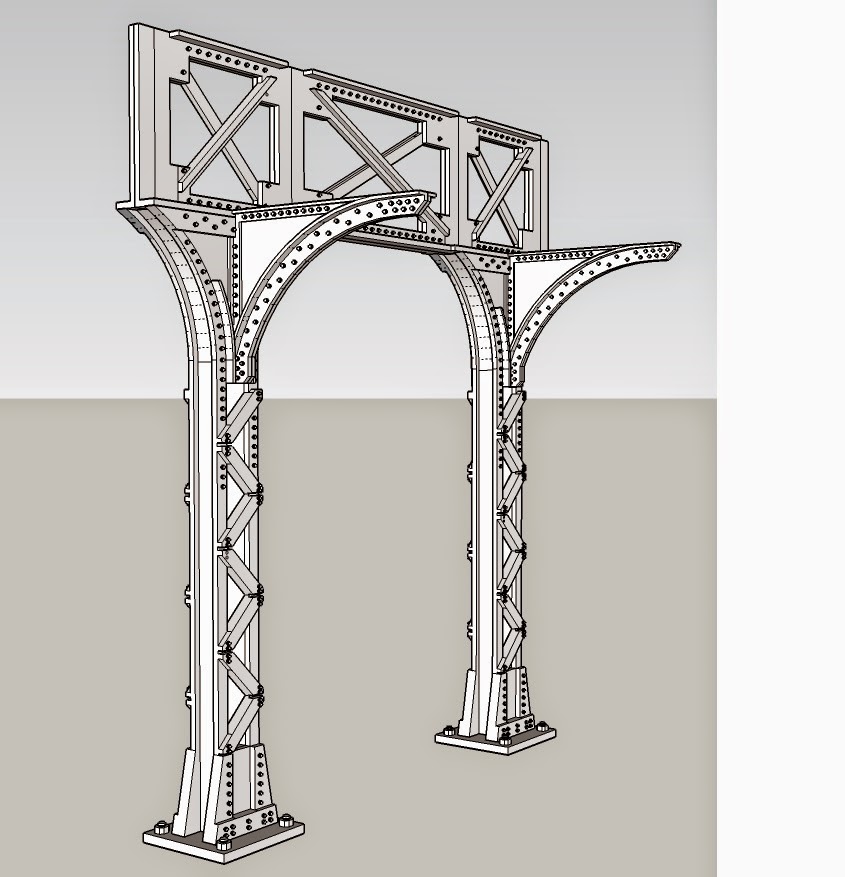 These parts will be used to make rubber molds were resin copies can then be made.

I need to make some modifications to the parts as I made these all to scale. That is, I forgot that O scale is 5 foot in gauge! My parts are all sized for proto-48 scale, that is, 4' 8 1/2 gauge. 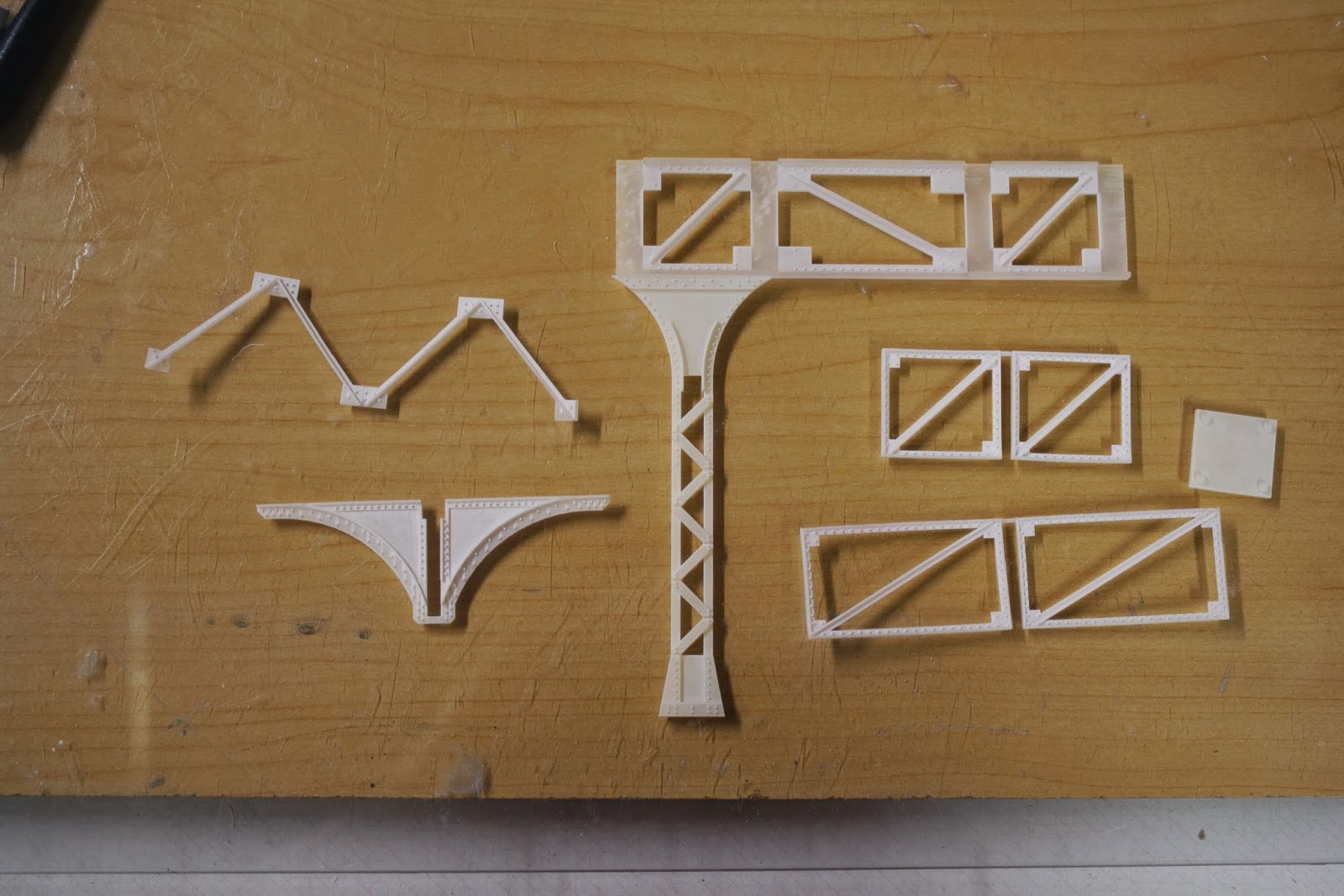 In addition to these 3D printed masters, I need to make new girder masters from styrene (cheaper to make in styrene). In my previously made girder masters I did not account for the internal bracing and webbing found between the girders. The new masters will have provisions for this bracing. I will also make modifications to aid in assembly.

Currently I only have corner braces made in 3D. I'll probable make styrene masters for the columns and girders as the parts are less complicated.

I've obtained a scale plan for Chicago Aurora and Elgin Cincinnati Cars 420 - 434 so if I find time, that might make a good candidate for a 3D printed car.

In addition, I'm searching for scale plans for any North Shore cars ... those are always a good candidate!

So, as you can read, too many 3D projects in various states of completion to count!