Back to the drawing board

I finally got my 4000 end back from Shapeways, and well, I need to rethink some of the design.

First off, the material comes coated in coated in a wax like substance that is VERY hard to remove and no paint will stick to. So, in the below photos, the white paint you see is about the fifth coat ... the other coats were scraped off as they never cured. So, in some areas, the paint is pretty rough/thick.

Second, the material is fragile/brittle, as you can see by the missing chunk in the lower left. OOOPS! While attempting to photograph, I dropped the piece and chipped the corner. 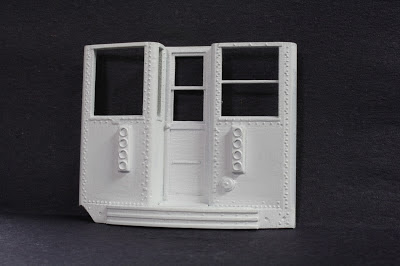 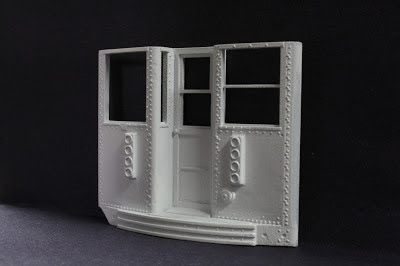 I think I might split this into two pieces .... the anti-climber and the end, with less rivets. But, some of the detail is very fine, such as the headlight assemblies. So, some areas are good, some others, not so good. I will do a re-design on Sketchup and give it another go.

Other than that, not a lot happening on the layout. Just working on small details:

I put some grass in behind the Cabrini Playlot: 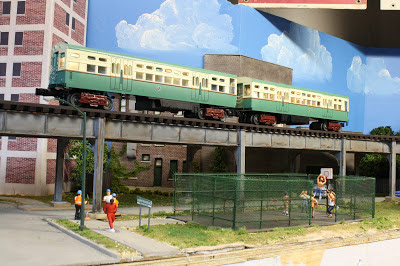 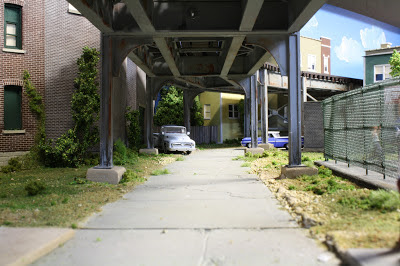 Doing some minor detailing of the new buildings (window shades): 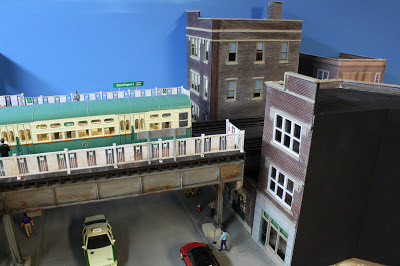 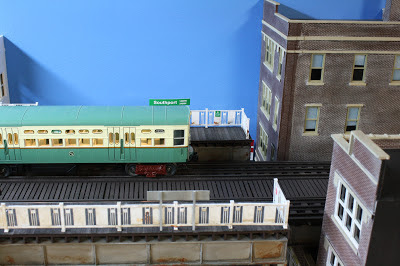 I planted some bushes around the two flat's garage: 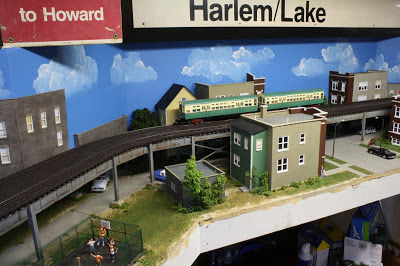 I finally sorted out the door to my fuse panel. I took off the metal hinges and now the door is held on by magnets. So, I don't need to remove the track and structure to get at the fuses. Just slide the magnets out of the way and remove the door. As an added bonus, I can hold the door really close to read the fuse descriptions since I can barely see them anyways. 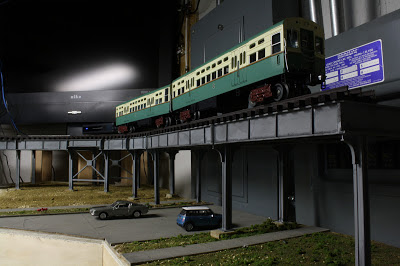 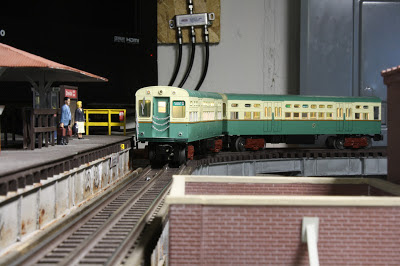 LUCKILY the home renovations are slowly coming to an end. I just have the baseboards and some minor trim to finish. So hopefully, I can get back to work on the layout full time. I might put the 4000 car on the back burner and focus on the expansion along the fuse panel wall. I've got an area to add another island station. We'll see if it can fit.
Posted by CTA Fan at 5:19 PM