New Additions to the Roster ... the North Shore has finally made it onto the "L"!

Finally, after many years, the Chicago North Shore and Milwaukee has returned to the north side L!

Well, so far only two cars, but its a start.

The cars are combine 256 and parlor-buffet converted to coach # 256, both by Jewett from 1917. Or more accurately, Clouser bodies in O scale.

To celebrate the return of service, several trips across the system were made both together and as a single car train. Many stops were made for photographs.

Several trains paused at the Southport Station ... who knows, maybe in an alternative universe the North Shore ran a couple of fan trips to Kimball? 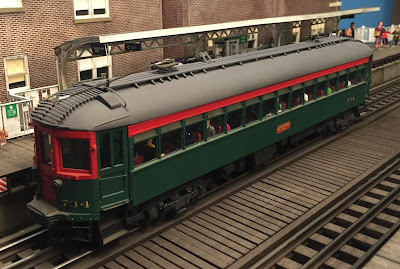 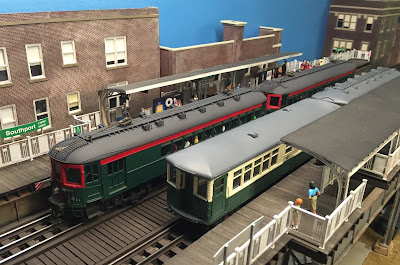 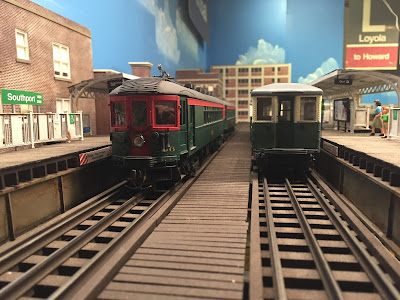 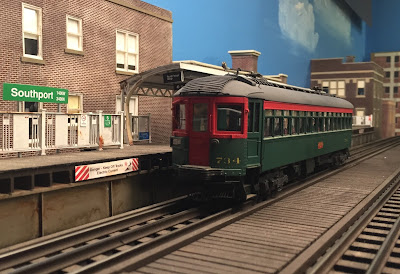 A photographer braved the third rail ... and other L traffic, for an action shot on the North Side main line ...

And a few trains were run by the Sheridan Road station. 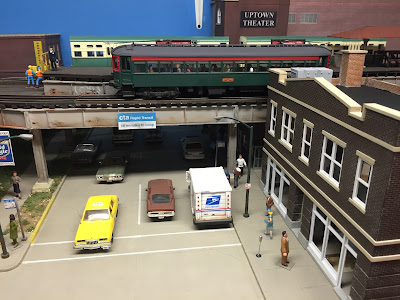 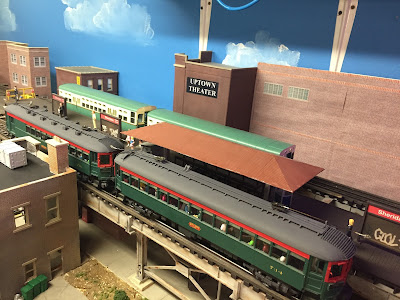 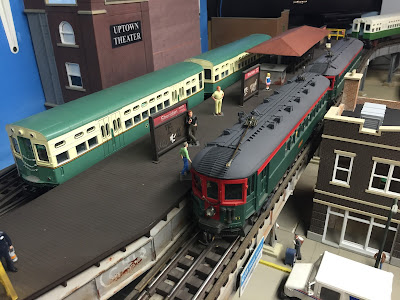 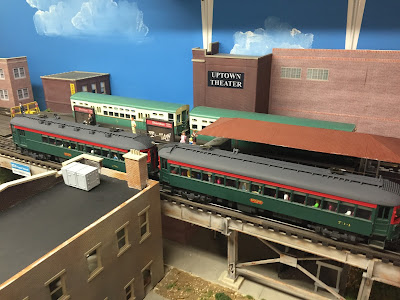