For the last few weeks I've taken a break from casting L structure (out of resin) and decided to build a couple of buildings. For some reason, I usually work on several at a time.

At my Southport station, I've decided to work on three buildings on the left side of the street: 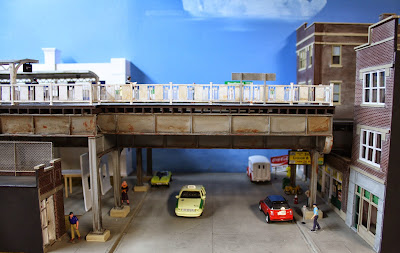 First will be a "sliced: building. I wanted something next to the station, but a full building wouldn't fit. So, I built the building as if it were sliced by the edge of the layout. 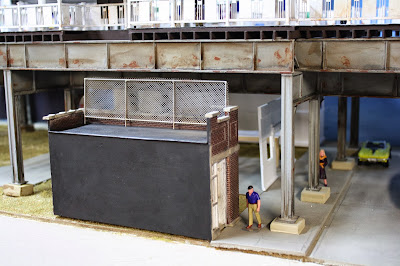 A full size building wouldn't fit, so I decided to make a one story building. It most likely will be a news stand. The fence on top is to hopefully keep folks from the soon to be installed station stairs from making their way onto the roof. 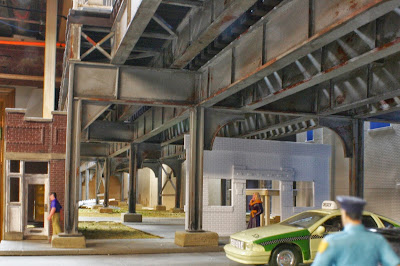 To the right of this building will be the station head house. So far I've just started on the front facade. I'll also need to add additional sidewalks to the side and a roto-gate for easy exit from the station.

And along the backdrop I'm building a three story apartment building as shown below: 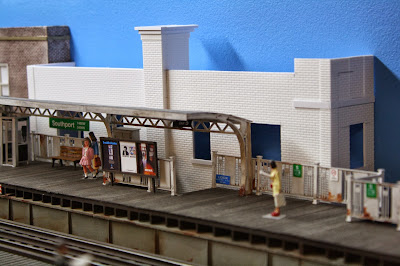 I want to use these buildings as a backdrop to the station platform as shown in the below picture: 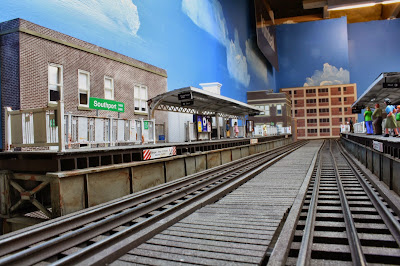 The building on the left in the above picture was a "test" subject for some mortar techniques I was trying out. I'll probably keep in there after I add some additional height to the base (right now its propped up as its actually only two stories tall).

In addition to these buildings, I've started another apartment building for the Sheridan Road curve: 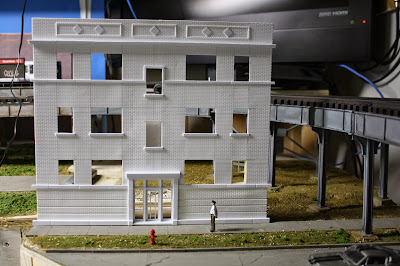 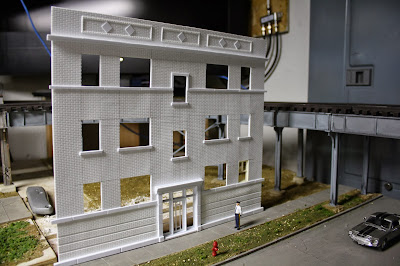 Obviously none are close to being done, and I still need to add additional details to other buildings, but I do enjoy creating these buildings.

I have also begun work on re-doing my 3D drawing of the CTA 4000 series car. I hope to have a new print done in a couple of weeks.
Posted by CTA Fan at 6:28 PM